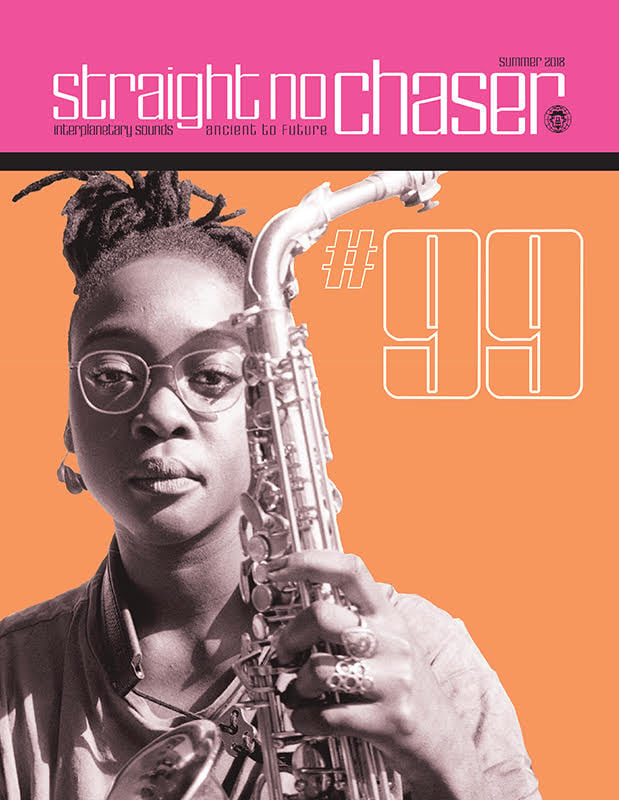 Straight No Chaser - #SNC99 arrives on at out HQ on Monday 16th July and we will start mailing out that week! So, you can pre-order now!! It’s took a little bit longer than we expected but hey, good things comes to those who wait.. Significantly, it was in the summer of 1988 – three decades ago – that we launched Straight No Chaser – the magazine of World Jazz Jive. Back then we defined the venture as a “designer fanzine” and in many respects that definition still holds true. The magazine evolved as a hub for a global community of music devotees committed to exploring diverse cultures of the African diaspora. From Sun Ra to Jeff Mills we explored ‘Intergalactic Sounds: Ancient To Future’ but in 2007, with the arrival of the internet, we were forced to call it a day. However, 10 years down the line, a fresh, bold jazz influenced, nu-generation have emerged and it felt right to pick up where we left off with #SNC98. Over 130+ pages, this issue – #SNC99 – connects with band-leaders Cassie Kinoshi (SEED Ensemble), Tenderlonious (22a), Femi Koleoso (Ezra Collective) and keys whiz Joe Armon-Jones. . Also in the mix are a host of spirited individuals like Midori Takada, Nabihah Iqbal, Nat Birchall and Ben LeMar Gay. The London- Lagos-Accra connection is explored alongside Durban’s Qgom scene. On the indie imprint tip there’s Gondwana, Jazz re:freshed, Detroit Love and On the Corner. For the crate diggers there’s Motown’s Black Forum + nuff reviews. #SNC98 sold out in under three weeks and though we’ve printed more mags there’s no room for complacency when it comes to getting your copy. This thing is worldwide!